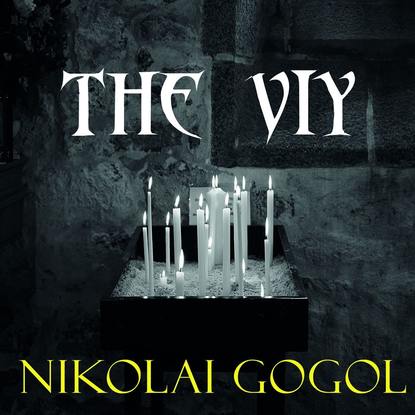 "Viy", also translated as «The Viy», is a horror novella by Russian writer Nikolai Gogol, first published in the first volume of his collection of tales entitled Mirgorod (1835). The title is also the name of the demonic entity central to the plot.
Every summer, there is usually a large procession of all the students moving around the area as they travel home. However, the group is reduced to three students: the theologian Khaliava, the philosopher Khoma Brut, and the rhetorician Tibery Gorobets.
As the night draws in, the students hope to find a village near the main road where they can find some rest and food. However, they become lost in the wilderness, eventually coming upon two small houses and a farm. An older woman there tells them she has a little room and cannot accommodate any more travelers, but she eventually agrees to let them stay.
At night, the woman comes to Khoma. At first, he thinks she is trying to seduce him, but then she draws closer and he sees that her eyes are glowing strangely. She leaps on his back, and he reluctantly finds himself galloping with her all over the countryside with a strength he previously never knew. He eventually slows the witch by chanting exorcisms out loud, and then rides on her back and later picks up a piece of wood and beats her as punishment. The older woman later collapses, and he discovers she has turned into a beautiful girl.
Khoma runs away to Kyiv and resumes his easy life, when a rumor reaches his dean that a rich cossack’s daughter was found crawling home near death, her last wish being for Khoma the philosopher to come and read psalms over her corpse for three nights after her death.
The most famous and inspirational works of Nikolai Gogol include The Mantle, Evenings at the Farm, St Petersburg Stories, Taras Bulba, a tale of the Cossacks, The Revizor, The Viy, The Nose, A May Night, The Cloak, Memoirs of a Madman and many more.