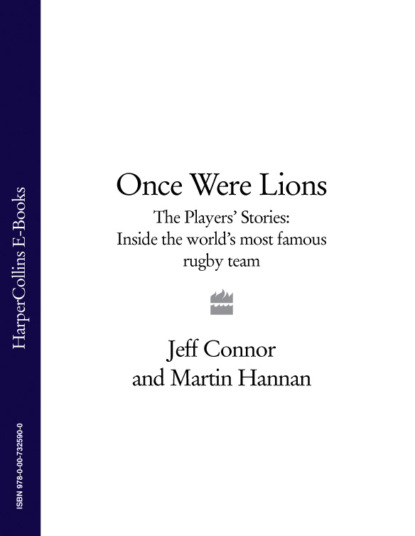 Once Were Lions: The Players’ Stories: Inside the World’s Most Famous Rugby Team

Drawing on first hand interviews from more than 75 British Lions tourists since the golden age of the fifties, this book captures what it means to be a British Lions rugby player – the historic victories, the glorious failures and the stories surrounding the icons of rugby such as Edwards, Bennett, Hastings, Guscott, Dallaglio and Johnson.The British and Irish Lions are one of the most famous and recognised teams in world rugby.Every four years, the Lions – selected from the national sides of England, Wales, Scotland and Ireland – head to the southern hemisphere to do battle with either New Zealand, Australia or South Africa. In Once Were Lions, acclaimed sportswriter Jeff Connor interviews a host of players – from the oldest surviving Lions from the 1946 tour and the icons of the game to those who have become mere footnotes in history – and draws out the compelling human stories from each Test series.It’s a book that captures the ups and downs of tour life: the pride of being a Lion, the numerous personal feuds and the many humorous anecdotes, taking in the historic wins and the ignoble losses. Many Lions had their lives enriched by having worn the famous red jersey; an equal number had their lives changed irrevocably in the opposite direction.Full of previously unchronicled stories – Des O’Brien was away from home for nine months on the 1946 tour which almost cost him his marriage; while in 1966 one well-known English winger ‘went off tour’ with a woman he met in a bar and reappeared only for the last two matches – the book concludes with the disastrous 2005 New Zealand tour and trenchant opinions from the players on the controversial Clive Woodward.Thanks to a host of amusing and heart-breaking anecdotes about life with the Lions, the book offers a fascinating insight into how touring, sport and life has changed in the last 60 years.

﻿
Отзывы о книге Once Were Lions: The Players’ Stories: Inside the World’s Most Famous Rugby Team
Нет отзывов
Добавить отзыв