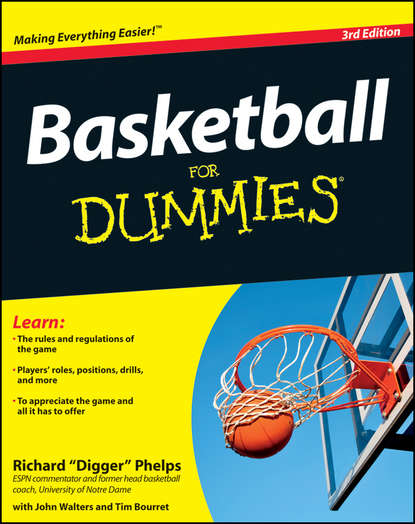 The easy way to get the ins, outs, and intrigue on this beloved sport The National Basketball Association (NBA), with 30 teams and an average attendance of more than 17,000 spectators per game, is the richest and most popular basketball league – and arguably the most viewed American sport – in the world. This new edition of Basketball For Dummies not only covers the rules and regulations of the NBA, but offers coverage on the WNBA, NCAA, and international basketball leagues. Basketball For Dummies is a valuable resource to the many fans of this beloved sport, covering everything from players and personalities in the game to rules, regulations, and equipment. Completely updated with information and intrigue that's occurred in the sport since publication of the previous edition, Basketball For Dummies gets you up to speed on everything from NCAA Tournament brackets to college players en route to the NBA. Coverage of the rules and regulations of the NBA Interesting topics like LeBron the Phenom, ESPN'S influence on the NBA, and the UCONN women's basketball dynasty Digger's take on John Wooden Whether you're a basketball player or a courtside spectator, Basketball For Dummies is a slam-dunk of information and intrigue for anyone who loves the sport.