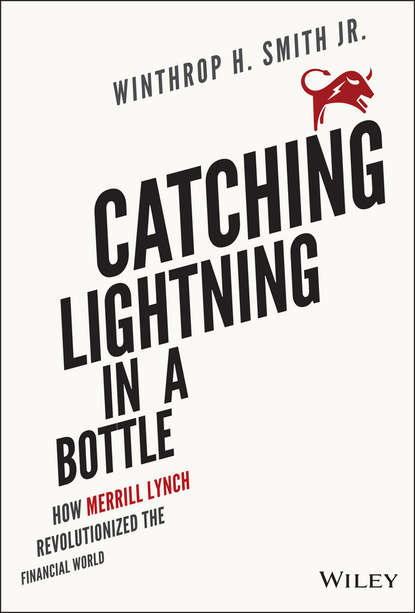 Catching Lightning in a Bottle. How Merrill Lynch Revolutionized the Financial World

The fascinating story behind the company that revolutionized the financial world Catching Lightning in a Bottle traces the complete history of Merrill Lynch and the company's substantial impact on the world of finance, from the birth of the once-mighty company to its inauspicious end. Throughout its ninety-four year history, Merrill Lynch revolutionized finance by bringing Wall Street to Main Street, operating under a series of guidelines known as the Principles. These values allowed the company to gain the trust of small investors by putting the clients' interests first, driving a business trajectory that expanded capital markets and fueled the growth of the American post-war economy. Written by the son of Merrill Lynch co-founder Winthrop H. Smith, this book describes the creation and evolution of the company from Charlie Merrill's one-man shop in 1914 to its acquisition by Bank of America in 2008. Author Winthrop H. Smith Jr. spent twenty-eight years at the company his father co-founded, bringing a unique perspective to bear in telling the story of the company that democratized the stock market and eventually fell from its lofty perch. Learn why the industry initially scoffed at Charles Merrill's «radical» investment ideas Discover the origin of the Principles, and how they drove operations for nearly a century Find out why the author left a successful Wall Street career, and why it was such a smart move Examine the culture and values that built Merrill Lynch into one of the world's most successful and respected companies Revolutionary vision is rare, and enduring success is even more so. When a single organization demonstrates both of those characteristics, it is felt throughout the world. Discover the fascinating story behind Merrill Lynch and the men who built it from an insider's perspective in Catching Lightning in a Bottle.