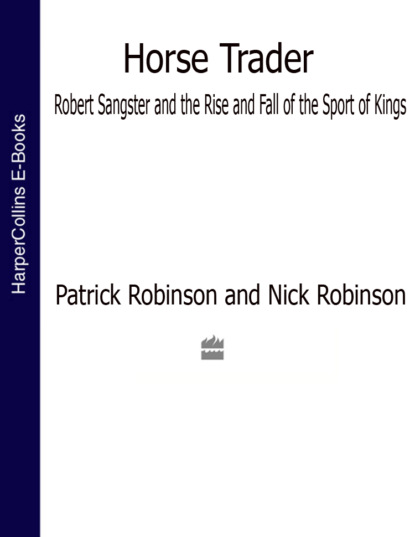 Horse Trader: Robert Sangster and the Rise and Fall of the Sport of Kings

During the boom years of the 1980s, the massed oil wealth of the princes of Dubai and Saudi Arabia were pitted against British millionaire Robert Sangster in a battle for control of one of the world’s rarest, most precious and most unpredictable commodities: top-pedigree thoroughbread racehorses.From the Jockey Club to Kentucky, from Royal Ascot to Belmont Park, high society and new money celebrated a horsebreeders’ bonanza as hundreds of millions of dollars were waged in the ultimate racing gamble. Horsetrader is the thrilling, compulsive story of the rise and spectacular crash of the Sport of Kings.Robert Sangster was the man responsible for the boom. together with Irishmen Vincent O’Brien, the world’s finest trainer, and stallion master John Magnier, Sangster undertook the revolutionary policy of buying ‘baby’ stallions – the world’s most expensive yearlings. And the man who could win at this game, they decided, was the man who bought them all. they sent prices through the roof in bidding wars fought with breathtaking daring. Top stallions became worth three times their weight in gold – the breeding rights to them became a licence to print money.This book traces the gripping story of how Sangster and his little band of Irish horsemen ransacked the world’s most prestigious bloodstock auction, the Keeneland Sales in Kentucky. It witnesses too the terrible crash – the bankruptcies and the ruined thoroughbred farms. Written with the full co-operation of Sangster himself, Horsetrader is the inside track on an awesome bid to corner the thoroughbred market.