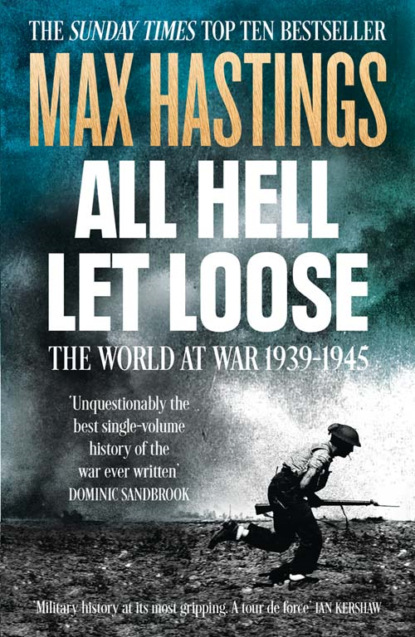 Maps best viewed on a tablet.A magisterial history of the greatest and most terrible event in history, from one of the finest historians of the Second World War. A book which shows the impact of war upon hundreds of millions of people around the world – soldiers, sailors and airmen; housewives, farm workers and children.‘Unquestionably the best single-volume history of the war ever written’ SUNDAY TIMES.All Hell Let Loose reflects Max Hastings’s thirty-five years of research on World War II, and describes not just the course of events, but an epic tale of human experience, from campaign to campaign, continent to continent.This magisterial book ranges across a vast canvas, from the Russian front, where more than 90% of all German soldiers who perished met their fate, to the agony of Poland amid the September 1939 Nazi invasion, and the 1943 Bengal famine, in which at least a million people died under British rule – and British neglect. Some of Hastings’s insights and judgements will surprise students of the conflict, while there are vivid descriptions of the tragedies and triumphs of a host of ordinary people, in uniform and out of it.This is ‘everyman’s story’, an attempt to answer the question: ‘What was the Second World War like?’, and also an overview of the big picture. Max Hastings employs the technique which has made many of his previous books best-sellers, combining top-down analysis and bottom-up testimony to explore the meaning of this vast conflict both for its participants and for posterity.