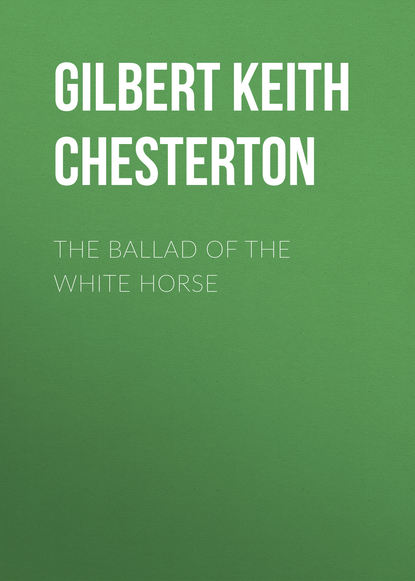 From the shadow of Druid trees,
Where Usk, with mighty murmurings,
Past Caerleon of the fallen kings,
Goes out to ghostly seas.

Last of a race in ruin —
He spoke the speech of the Gaels;
His kin were in holy Ireland,
Or up in the crags of Wales.

But his soul stood with his mother's folk,
That were of the rain-wrapped isle,
Where Patrick and Brandan westerly
Looked out at last on a landless sea
And the sun's last smile.

His harp was carved and cunning,
As the Celtic craftsman makes,
Graven all over with twisting shapes
Like many headless snakes.

For the great Gaels of Ireland
Are the men that God made mad,
For all their wars are merry,
And all their songs are sad.

He kept the Roman order,
He made the Christian sign;
But his eyes grew often blind and bright,
And the sea that rose in the rocks at night
Rose to his head like wine.

He made the sign of the cross of God,
He knew the Roman prayer,
But he had unreason in his heart
Because of the gods that were.

Even they that walked on the high cliffs,
High as the clouds were then,
Gods of unbearable beauty,
That broke the hearts of men.

And whether in seat or saddle,
Whether with frown or smile,
Whether at feast or fight was he,
He heard the noise of a nameless sea
On an undiscovered isle.

Lifting the great green ivy
And the great spear lowering,
One said, "I am Alfred of Wessex,
And I am a conquered king."

And the man of the cave made answer,
And his eyes were stars of scorn,
"And better kings were conquered
Or ever your sires were born.

"What goddess was your mother,
What fay your breed begot,
That you should not die with Uther
And Arthur and Lancelot?

"But when you win you brag and blow,
And when you lose you rail,
Army of eastland yokels