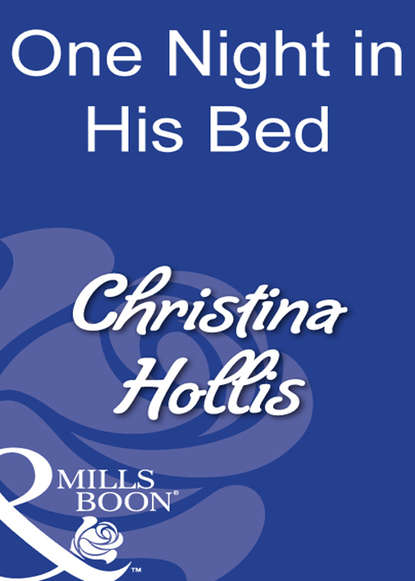 
His unruly libido was not so easily distracted.

Their pudding was a wonderful shared confection of cream, chocolate mousse and chestnut puree.

‘It’s such a shame your friends weren’t able to enjoy this lovely meal.’ Sienna slumped in her seat with a sigh of satisfaction as coffee was served. Garett had been so charming over lunch that she was almost tempted to forget her suspicions about his motives. Then she thought of what Aldo would have said at such terrible backsliding, and sat up again smartly.

‘I shouldn’t waste too much sympathy on them, signora. We all eat like this far too often for our own good. It’s the executive’s plague.’

Sienna believed him, but could tell instinctively that this wasn’t a man who overindulged too often. He liked to be in control. She suddenly had a delicious vision of him working his body in his private gym…

‘I wish I could eat like this all the time.’ She sighed with longing, dabbing her lips with her starched white napkin. Even that was luxury. The damask was so thick and perfect. She folded it neatly and dropped it beside her plate as her host summoned the waiter.

‘But you can if you want to, signora,’ Garett said softly as he paid the bill.

She looked up at him. Was this the moment he closed in on her? What would she say? What could she do? Resistance would be useless—but how could she possibly square it with her conscience, or keep it a secret, or—?

‘All you have to do is get yourself a dream, then go all-out to seize it with both hands,’ he went on smoothly.

Sienna might have been relieved—if she hadn’t been so disappointed.

‘That’s easy for you to say, signor. Dreaming isn’t going to pay my bills or put food on our table, is it?’ She spoke quickly, trying to cover her confusion.

‘Yes, but I live in the real world, signor.’

He stood up to take possession of Sienna’s wrap and draped it around her shoulders. As he did so, he half-turned to thank their waiter for his service. The movement threw her against Garett—their bodies touching and her lips only inches from his.

What happened next was almost too much for Sienna to bear. With a gentle smile he lifted his hand and caressed it softly against her hair. This was the moment. The moment she had wished for, daydreamed about in the marketplace. For a heartbeat Sienna was paralysed with fear. She had been terrified that this might happen. She didn’t know what to do or how to react. Instinctively she leapt away from him and ran like a frightened rabbit.

Garett watched her go, stunned. What was all that about?

‘Well, that’s a first!’ he joked to their equally astonished waiter. ‘I’ve never been abandoned by a girl before.’

‘Don’t take it personally, signor,’ the man confided. ‘Women don’t like insects. It was just a reaction to feeling that butterfly on her head, that is all. She will return.’

A few hours later, Garett was revelling in the amusement the tale of his lunchtime adventure was giving his hosts.

‘I tell you, Kane, it was such a pity you couldn’t make lunch today. You should have been there. All through the meal that girl looked at me as though I was trying to buy her soul. I had no intention whatsoever of coming on to her, but watching her wondering how on earth she was going to say no to me was priceless. And then I just moved to brush that butterfly away from her, and she vanished.’

‘And when did any woman last say no to you, Garett?’ Kane Bradley nudged his guest confidentially.

‘That’s because it’s never happened.’ Kane’s wife Molly chuckled indulgently, then stood up. ‘But if you two are going to start talking dirty, I’m off to check on dinner.’ She moved smoothly to the dining room door.

The moment she was out in the hall, she called for her butler.

‘Is Sienna here yet, Luigi?’

‘Sì, signora—I showed her straight upstairs to your dressing room.’

‘Good. Did she manage to smuggle a decent dress from home to change into, do you know? Or will she be borrowing one of mine?’

Molly did not need an answer. The sight of her second dinner guest appearing on the first-floor landing silenced all her questions.

Sienna looked stunning in a perfectly plain black evening dress. Its plunging neckline and sleek, stark lines were accentuated by a glitter of diamonds at her neck and a worried look in her eyes.

‘You look absolutely wonderful!’ Molly rushed forward to brush a kiss against Sienna’s cheek as she reached the bottom of the stairs. Slipping an arm around her friend’s narrow waist, the hostess led her across the hall. ‘Now, don’t forget—your job is to bring a little local colour into the life of one of Kane’s oldest friends. We’re worried about him. There’s something wrong, but he’s not a guy who makes a lot of fuss. He won’t tell, and we know better than to pry. At least we’ve managed to persuade him to stay here with us for a while. His original idea was to work his way around the Med, but it’s clear he needs more than that. You’ll see it as soon as you look at him. And, as we don’t speak Italian fluently yet, I thought you would be the perfect bridge between him and the locals while he’s here.’

Sienna allowed herself to be drawn along to the dining room. She was fretting about everything—from the excuses she had made at home to the unfamiliar make-up she had applied so hurriedly in the borrowed dressing room. ‘You know I’d do anything to help you, Molly, but if my stepmother finds out about this—’

‘For goodness’ sake, girl! You’re twenty-six years of age. The mistress of your own house and estate. You don’t need anybody’s say-so!’

‘Then the least you can do is come in and enjoy a good dinner with us while you make up your mind.’ Molly gave her reluctant guest a gentle shake, and put her hand to the dining room door.

Garett was trying to let the future take care of itself for once, but one thing still bothered him. For some reason he had been unable to shake off the memory of Signora di Imperia. Until now, no woman had ever lingered long in his memory. They passed through and vanished with all the speed of happy thoughts. But images of the girl from Portofino would not let him go. Speaking about her to Kane and Molly had been his way of exorcising her image, but it had not worked. It was beginning to irritate him. He could not forget the woman, and it was no longer funny.

He tapped the rim of his cocktail glass, unable to concentrate on the conversation in hand. As his host talked, Garett’s mind wandered far away. What was she doing right now? He had waited for her, and he had worried—two notable firsts for Garett. Learning that she had got a lift back to Portofino market with one of the restaurant’s cleaners had not really satisfied him. He needed to know that she had returned safely. Thoughts of what might have happened to her had been distracting him all day. It was proving impossible to pull his thoughts away from that girl. Especially when the alternative was listening to Kane’s tale about some old dame living in the villa next door.

Garett took another drink, and tried to concentrate on what his friend was telling him. As a favoured guest, it was the least he could do. Relaxation was impossible for him, but the Bradleys were old friends, and they were trying so hard. He owed it to them to make an effort—right down to discreetly investigating the financial situation of the respectable widow who would be joining them for dinner that evening. He accepted another vermouth from Kane, and nodded as his host droned on about their worries for this Sienna.

The open fire crackling in the hearth had warmed Garett from the moment he’d first walked in. Whether it could thaw the ice at his core was another matter. He went on letting his mind wander. It was supposed to head away from trouble, but it kept on veering towards the unattainable girl he had picked up in the market. Her quiet beauty had attracted him from right across the square, like a panther drawn to a fawn. But his recent escape from routine had stopped him following his usual well-worn path from banter to bedroom. He sighed. Sleeping with her would definitely have prevented her gaining such a hold over his mind. Giving in to instinct there and then would have stopped her image working its way under his skin so successfully.

On the surface, Garett seemed to be the perfect guest. He made small talk and nodded in all the right places as his host chatted. Yet behind this polite façade his mind was working. There was only one way to rid himself of his beautiful distraction. He would find that girl again. Whatever it took. He began to work out a plan of campaign. A suite in the Hotel Splendido would do it. If Il Pettirosso had impressed her, then a visit to that peach of a place would guarantee her fall. And Garett would be there to catch her in his arms.

All he had to do now was track her down again.

That might take time. He already knew that separate markets were held on different days. For any other man, there would be no guarantee she could be found. But success for Garett was a mere formality. He was already drawing up details of where to go and who to see in the search for his shy interpreter when something momentous happened. It was something that had him mentally screwing up all his plans and kicking them into touch.

He wouldn’t have to bother going all the way to Portofino—visiting markets and asking around—because his mystery girl was walking straight into the room to meet him.

GARETT considered himself to be the complete master of his emotions. People only saw what he wanted them to see. So when the shimmering vision of Sienna di Imperia was formally introduced to him, Garett’s calming, confident smile was already in place.