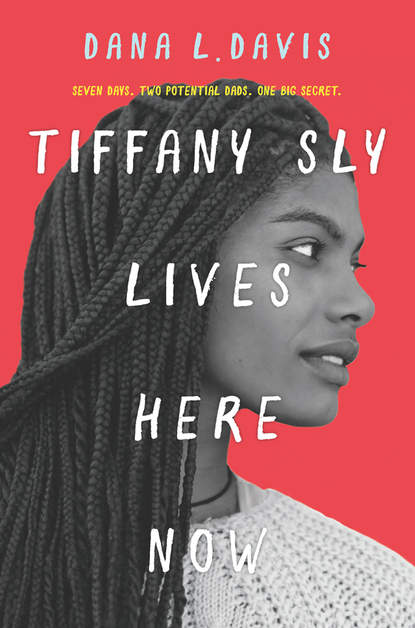 
“I am bad! I am bad girl!” She screams as Margaret rises and grabs the toddler in her arms as she flails about. “Bad behavior! Bad!”

“Can we give her something to eat first?” Margaret shouts over Pumpkin’s screams, struggling to tame the redheaded beast of a child. “She hasn’t eaten since noon.”

“Don’t care. She ain’t gonna starve,” Anthony declares with a dismissive wave of his hand. “Good night, Pumpkin. Everybody say good-night to your sister.”

Nevaeh happily throws up the peace sign and Heaven and London mumble something that sounds similar to good night, but feels more like good riddance.

“I apologize for Pumpkin’s behavior, Tiffany,” Margaret says without actually looking at me, and, with Pumpkin thrashing about in her arms, excuses herself. A moment later I can still hear Pumpkin shrieking from somewhere deep inside the house.

Nevaeh whistles. “Get that kid a prescription. Stat.”

“Can you get her a prescription?” Heaven adds. “She doesn’t seem to be getting any better.”

Nevaeh nods. “We need to take a family vote. Pumpkin’s out of control. She needs medication.”

“She needs exactly what she’s getting,” Anthony states angrily. “Besides, no child of mine is going to be a victim of some whacked psychiatrist pushing pills.”

“Now—I’m thankful for each and every one of you.” He smiles. It’s less of an I’m happy smile and more of an I’m done talking about this smile. “Let’s eat.”

“Babe, you outdid yourself this time.” Anthony exhales, pushing his empty plate away.

“Yeah. That was good,” I add as everyone else gives their personal praise for Margaret’s meal.

It actually wasn’t. There was a vegetable salad with some sort of brown tart dressing that gave me killer heartburn. Little brown pellets that everybody was calling keen-wah. I never had keen-wah before and I hope to never have it again after tonight. The grilled chicken wasn’t too bad, but it had pineapple salsa on top of it. Strange. And the pineapple mixed with the keen-wah, mixed with the In-N-Out burger I ate earlier made my stomach bubble. There was also fish soup that tasted like...well...fish. So many chunks of unknown stuff floating around in that bowl it took all my strength not to throw it all up. And I’m pretty sure I saw a fish eyeball in there. And for dessert we all had an un-birthday cake. Margaret bragged that it was gluten free. In fact, the whole meal was gluten free. Apparently, gluten is something else Pumpkin can’t have. No idea what gluten even is, but the cake tasted like coconut-flavored dirt balls, so my guess...gluten free is not a good thing. Mostly I’m glad this house comes with seven bathrooms because I am gonna need a toilet...soon. What if that wasn’t a meltdown Pumpkin had? What if she planned her escape?

“Play us a song on your guitar, Tiffany,” Heaven urges as we all make our way to sit around the glowing fire pit.

“Not if it’s gonna be ‘Hot Cross Buns’ or ‘Twinkle Twinkle Little Star,’” Anthony jokes, and London cracks up like it’s the funniest thing she’s ever heard as she snuggles up beside Margaret on one of the couches surrounding the fire pit.

“I can go get your guitar for you,” Nevaeh offers.

I excitedly race inside the house and up the stairs; within a minute I’m back, Little Buddy slung over one shoulder. I call my Gibson guitar Little Buddy. A four-thousand-dollar acoustic Grams bought me when I was twelve. Normally, we wouldn’t have been able to afford something so expensive, but Grams dipped into her retirement money and gifted me the fancy instrument. Mom was livid.

“A four-thousand-dollar guitar for a twelve-year-old?” Mom growled when I opened it on Christmas.

“It’s my money,” Grams replied with a wink in my direction. “Last time I checked, I was way past grown.”

“But, Mama,” Mom replied in frustration. “Tiffany’s not responsible enough for something like this.”

Only, Mom was wrong. I took extra special care of Little Buddy and was so enthralled with its magnificence I started practicing more and more and my skill level advanced exponentially. I even started teaching Mom some of the advanced techniques I was learning from YouTube. After I spent hours helping her un-learn some of her bad picking habits, she finally apologized to Grams and declared the guitar was the best thing to ever happen to our family.

Anthony brought a chair from the table, so now I’m seated in front of all of them, finally feeling at ease. When Little Buddy is in my hands, I’m not anxious or worried or sad. I’m my old self. The way I was before Mom got sick. Before she came home that fateful day and told me quite frankly: “Tiffany. I’m going to die.” Back when life seemed full of promise and happiness, where moms and daughters were best friends and never a lie was shared between them.

“What are you gonna play?” London asks incredulously with a bored yawn.

“Whatever you want. My favorites to play are probably the Beatles or—”

“Wait a second now. You can play the Beatles?” Anthony raises an eyebrow. “Get outta town.”

“What song is your favorite—” Dad. Uggh. Still can’t say it.

“‘Yesterday.’” He exhales and leans back. “Love that song.”

“That’s so cool,” I reply. What are the odds? “That’s my favorite, too.” Another coincidence? Genetic taste buds?

He winks at me. “Great minds think alike.”

I give my strings a quick strum to tune and smile, wondering if it’s more like fathers and daughters think alike.

“Not for this song. It’s called fingerpicking.” I do a quick demonstration, slowly playing five chords arpeggio-style. “See? Like that.”

“That was awesome!” Nevaeh exclaims. “Your fingers moved so fast. Do that again, Tiffany!”

“Nevaeh.” Heaven elbows her sister on the lounge chair they both share. The orange hue of the fire reflects off their matching set of silver braces. “Be quiet. Jeez. Let her play the song.”

I smile and slide my fingers up and down the fret board a few times. Something that makes me feel connected. It’s not a guitar when it’s in my hands. It’s more like a body part—a perfect extension of Tiffany Sly. (If I were made of mahogany wood and steel.) I begin softly at first, allowing the words of the song to dance across my mind as the notes float out and soar into the air. Then I close my eyes and lower my head, not wanting the emotion of the lyrics to overtake me as it oftentimes can when I play. Suddenly, a beautiful tenor voice rings out in the backyard space, singing along with the notes I play. I look up. The glow of the fire dances in Anthony’s blue eyes as he sings along. He can sing. I mean, he can really sing. I continue to play, but now with an even greater passion, as if the chords on their own can tell the sad story resounding in Anthony’s hauntingly beautiful voice. The song continues on until I play the final chord, my fingers still moving on the fret board to create the vibrato as the music slowly fades away into the starry night.

“Tiffany!” Nevaeh’s voice pierces through the magical moment, snapping me out of the special connection between Anthony and me. “You’re like a superstar on that thing.”

She claps and everyone joins in.

“That was lovely!” Margaret exclaims. “You’re a real talent, Tiffany. Anthony, we have an artist in the family now.”

He smiles proudly. “Where’d you learn to play like that?”

“My mom. She played. Did you know that?”

The chirp-chirp of a dozen crickets pierces through the uncomfortable silence as everyone turns to him.

He shifts. “I—I did know that about your mother. Yes.”

“Yeah, she played. She gave lessons at Guitar Center. I’m gonna study music in college like her.”

“So you can work at Guitar Center?” London asks.

“Nothing wrong with working at Guitar Center.” I shrug. “But no. I wanna study music so I can be a songwriter. I can write really catchy songs. I wrote a commercial jingle for a local mattress company back in Chicago. They paid me and everything.”