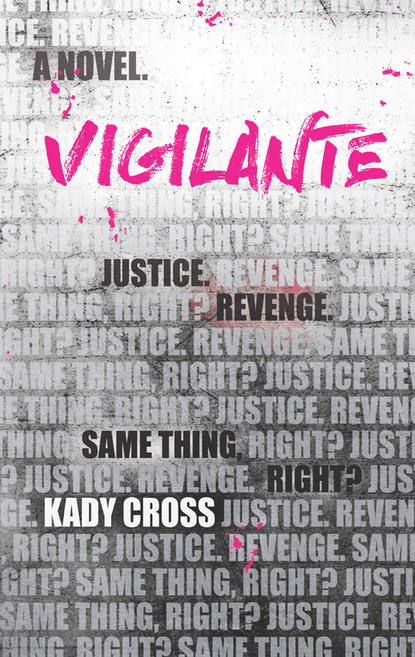 Zoe’s reaction was the best. Her eyes and mouth opened wide, and then she started to cackle—like a witch who had just performed the perfect spell. “Oh, this is awesome.” She began tapping at the screen. “Not only am I loving this, but I’m going to share it.”

We went back downstairs to join the party. When we got there, I couldn’t believe the number of people who were looking at their phones, exchanging startled glances, or acting like it was awesome. A few were pissed, but who cared about the douche bags? I’d known the photo would get noticed, it just hadn’t occurred to me how quickly.

I found myself looking for Drew, Brody and Adam. The three of them were together in the kitchen, staring at their phones with expressions that were somewhat amused, but mostly pissed. Drew seemed especially angry. I braced myself, waiting for one of them to look at me and point his finger. Surely, they had to know it had been me.

“What the fuck?” Drew demanded. His jaw was tight, his eyes narrow. “Who the fuck did this?”

Not one of them looked at me—at least not for any length of time. They looked around the room at the laughing crowd, glaring at everyone who met their collective gaze. I realized then that they were looking for a guy. It didn’t occur to them that a girl might do something like this. Did they not think we had the balls to pull such a prank? Did they think a guy would just randomly have lipstick in his pocket? I didn’t care which it was, because I’d gotten away with it.

That was the moment I realized what I had to do—for Magda and for myself. I had to get revenge. On all of them.

“Do you have a costume yet?” Magda asked. We were in her kitchen making pizza while Gabe and one of his friends sat at the dining-room table discussing some project for their senior history class. I had a perfect view of his profile from where I stood. God, he was pretty.

“A costume for what?” I asked, slapping pepperoni slices on top of the sauce.

Ugh. She didn’t really want to go to that, did she? One look at her face and I could tell she did. And she wanted me to go with her. I hated going to rich-kid parties—they always made me feel like trash. My family wasn’t poor, but we didn’t have a lot of disposable income.

I opened my mouth to tell her I wasn’t going—not for her, not for anyone. And then she said, “Gabe said he’d drop us off. He might even stay for a bit.”

“Fine,” I said. “But only because you and your brother will be the only people there worth hanging out with.”

“I’m going as Cleopatra,” she announced. “I hope Drew notices me.”

Her little smile was so cute I couldn’t bring myself to warn her off Drew again. She wouldn’t listen anyway. She was going to get her heart broken when Drew hooked up with someone not so obviously virginal as she was.

“He’d be blind not to,” I said instead, dumping a handful of grated cheese on the pizza. When she turned that grin on me, I smiled back. “Of course he’ll notice you.”

I had no idea how much I’d regret saying that.

I woke up Sunday morning feeling better than I had in months. Even though I knew what I’d done to Jason was wrong, I couldn’t deny the happiness it gave me. Maybe happiness was the wrong word. I felt like I had accomplished something, or taken a step to fix a problem.

And was it really wrong to label someone a criminal when you knew they’d done the crime?

Regardless, I felt good. I got up, showered and went downstairs for breakfast. My mother smiled when I kissed her cheek. I hadn’t realized how much I’d changed until I saw the surprise on her face. When you’re drowning in grief it’s hard to see all the people who are trying to save you. And she had her own problems with my father. I thought she was weak to stay with him, but I also understood that this house would be a lot harder to run without his income.

After breakfast, I rode my bike to the cemetery. It was a beautiful sunny day, and I wanted to talk to Magda, but not about how angry or sad I was, or even how much I missed her. I wanted to talk to her about what I had done. When I got there, church had just let out. Magda’s mother, Gabriel and his little sister Teresa walked the gravel path from the church into the cemetery. My heart stuttered at the sight of them. For a moment I contemplated running away, so Mrs. Torres’s sadness couldn’t diminish my sense of accomplishment. I didn’t run. In the end, my love for these people won.

Mrs. Torres was an older version of Magda, only a little shorter. She was in her forties, and very pretty. Her husband had walked out on them a few years ago, and the last I’d heard was living in Miami with a twenty-three-year-old. He had nothing to do with the kids, and they had nothing to do with him. Magda had acted like he didn’t even exist. I remembered him, but I couldn’t remember if I ever even liked him. I certainly didn’t like him after he abandoned his family. It made the reality of my own family situation even more bitter. What the fuck was wrong with men? Weren’t there any good ones in the world? So far, Gabe seemed to be the only one.

Magda’s mother smiled when she saw me, even though she had tears in her eyes. She cried a lot. In a way I envied that she was able to get her grief out in a way that didn’t require punching someone in the face. She held out her arms, and I stepped into her hug as she told me how good it was to see me.

“It’s been too long,” she said. “You must come for dinner some night. How does tomorrow sound?”

“I’ll check with Mom, but it should be okay.”

Mrs. Torres released me. “Come after school. We’ll visit. You can help me cook like Magda used to.”

My throat was tight as I swallowed. “Okay. I’ll check with Mom and call you later.” Then I was distracted by Teresa, who also wanted a hug. She was thirteen, and losing her big sister had been very hard on her. Gabriel had told me she was afraid of boys. I didn’t know how to help with that, because I had to be honest—I was afraid of them too.

I hung back when Mrs. Torres and Teresa went to the grave. Their grief was a private thing. And I was still clinging to that fading sense of accomplishment I’d woken up with.

Gabriel stayed with me. I should’ve known it wasn’t because he enjoyed my company so much.

“A friend of mine forwarded me an interesting Instagram post this morning,” he said, looking down at me.

My heart gave a hard thump. I raised my gaze to his. “The picture of Jason Bentley?” If I told him I had no idea what he was talking about, he’d know for sure I’d been behind it. “Yeah, I saw that too.” It wasn’t a lie. Zoe had forwarded the photo to me last night.

“Whoever did that to him must’ve really had it in for him.”

I didn’t even blink. “I really didn’t think about it. But it’s the wallpaper on my phone now.”

He smiled—just a small tilt of his lips. “Mine too.”

I grinned. “I wonder if he’ll show his face at school tomorrow.”

“He will. They’ll make it some kind of smear campaign. It’ll take more than this to hurt those four for long.”

There went my sense of accomplishment.

“Though this will sting. Whoever did it took a photo from Magda’s Facebook page. Makes me think they did this in retaliation for her more than to out Bentley as a rapist.”