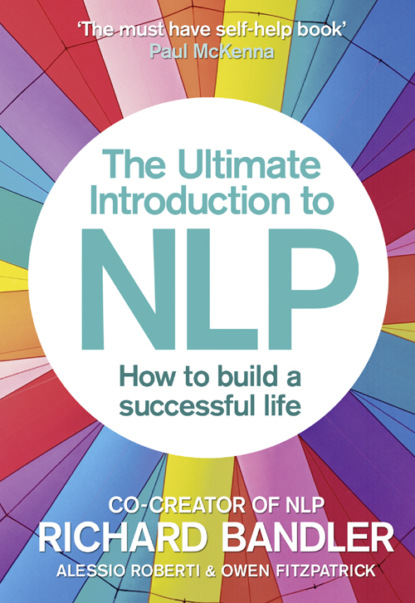 ‘How would you want him to show it to you?’ Virginia enquires.

‘I’d want him to notice if I put on some nice clothes or did my hair. I’d love it if he came home with flowers.’

‘I see,’ says Virginia. ‘Let me show you something, but you need to picture the words as well.’

This is Virginia’s way of overlapping Lucy’s visual experience with her ability to talk and listen. This is what made her the genius she was.

Then she turns to Bob and translates Lucy’s experience into something that he can understand: ‘Now, you listen to me. Are you aware that when your wife puts on a new dress and you don’t look at her, it’s as if you told her in the sweetest voice how much you loved her and she turned a deaf ear to you?’

‘Well,’ Bob retorts, ‘that’s exactly what she does.’

‘That’s because she needs you to tell her that you see her, that you watch her, that you pay attention to how she looks. Do you hear me on this?’

‘Loud and clear.’ Then to his wife: ‘It’s when I look at you and see how beautiful you are that I feel like telling you how much I love you. I just didn’t realize that needed to be said out loud. I’m sorry.’

A smile crossed Joe’s face. His girlfriend talked an awful lot about how she saw their relationship, whereas he preferred to discuss things. ‘Wow, this is something that could really prove useful in strengthening our relationship,’ Joe said to himself, his inner voice suddenly more confident.

Richard, too, had found it useful:

So, in the first books we set out to design patterns that everybody would be able to learn. Everybody could learn to listen to what Virginia did and to ask the same questions as she did. In fact, you will learn more about it this afternoon. Is that correct, Alan?

All heads turned. At the back of the room, Alan nodded with a knowing smile.

Now, back in the Santa Cruz Mountains, one of my neighbours was an Englishman named Gregory Bateson.

A brilliant man, very much of an intellectual, very well known, Gregory had read my first book – actually he had found it so interesting that he had ended up writing the introduction – and one day he said to me, ‘Richard, there’s something you need to do!’

‘You have to go to Arizona and meet Milton H. Erickson.’

‘Oh, he’s a medical doctor and a very famous therapist! I’ve sent people over to see what he’s doing and no one has even remembered being there.’

So we shot down to Arizona to meet with this guy who was considered – with every reason – to be one of the greatest therapists alive. We watched Milton work with clients, and when we got back, we wrote a book explaining how he used language.

See, Milton stood out for me for three reasons. First, he was the one to theorize that the unconscious was always listening and that you could communicate at different levels of understanding even in what appeared to be a regular conversation.

Second, Milton realized that feelings were contagious. That means if you want someone to feel good, you have to begin by going into a wonderful state yourself.

Last, what was really admirable about Milton was that no matter how crazy somebody was, he never looked at being ‘crazy’ as something for which you should be incarcerated forever, and he never looked at drugs as being the answer to making stupid decisions.

Milton and Virginia never gave up on people. When Virginia started working with somebody, she didn’t stop until they changed. Period. It didn’t matter to her if it took one hour or 25 – when she got it into her mind that someone could change, she would simply never stop. Milton was very much the same, and I got that from them. That kind of relentless determination is absolutely necessary to be effective at what we do.

Now, what NLP is all about is the promotion of what I like to call personal freedom. It means your ability to choose how you handle your brain, your behaviour and your life. But before we dive into this, let’s take a ten-minute break.

Joe took the chance to get a coffee, then returned to his seat and resumed his conversation with Edgar.

‘So, you were telling me about Alan …’

‘Oh, yes. I’ve found him to be an exceptional trainer. He’s like the Obi-Wan Kenobi of NLP. The force is strong with him. LOL.’

He actually said the letters ‘L O L’ out loud! Joe couldn’t believe it. It was all he could do not to cringe.

Oblivious, Edgar continued, ‘Right from the start he gave me the feeling that he knew what he was talking about and, most importantly, he knew how to get it across. It’s as though he always knows exactly where the audience is and how to capture their attention: giving an extra example at the right time, cracking a joke here and there, showing how the different ideas and techniques work together to create a seamless process.’ Edgar put on a squeaky high voice to sound like Yoda from Star Wars and added, ‘How to use the good side of the force, understand he does.’

‘I never had the pleasure of seeing him onstage,’ he replied, ‘but I can relate to what you’re saying. Having someone like him as one of the assistants on the previous course really made a difference. He helped me to clear my doubts whenever I had them.’

It was then that Joe noticed, out of the corner of his eye, that Emily seemed to be pretty down. Her mother had gone out for a moment and she was just sitting motionless in her seat, her right hand cupped over her eyes. Just as Joe was about to excuse himself and see if she was OK, Teresa returned to her seat. Immediately Emily plastered a huge smile on her face.

It was none of Joe’s business, but he wanted to find out what was up with Emily. He vowed to keep an eye on her.

After the break, Richard returned promptly to the stage.

Now, probably one of the most important lessons I learned in studying Virginia and Milton was that they always focused on getting the client into a different emotional state when thinking about their problems.

If they could get the client to think about the problem while feeling good, it helped them to make powerful changes.

NLP was created to give people more control over their mind. That’s in essence what we’re doing here. You have to realize that you can create any state that you want, whenever you want. You can learn to look at the same piece of personal history in a different way … Because the truth is that it’s not your personal history that makes you who you are, it’s your response to it.

This was a particularly important concept for Joe. It’s not my past that makes me who I am but how I respond to it. He considered this while Richard continued:

You should be terrified of things that are worth being afraid about, like wasting your life mulling over the past!

Joe knew that recently he hadn’t been getting on as well with his girlfriend partly because he was feeling under pressure, and that something similar was happening to her. I need to take more control over my moods, he thought.

Now, the first thing that I want you to do today is a thought experiment.

Whenever we think, we do so in three primary ways: we create mental images and movies, we talk to ourselves and we have feelings.

Now, for years everyone was asking about what happened in your life rather than how you were thinking about it. What I discovered was that the way you thought about things was what determined how you felt. What that means is that you can help people change when you teach them to take control of the movies they make in their mind and the way they talk to themselves.