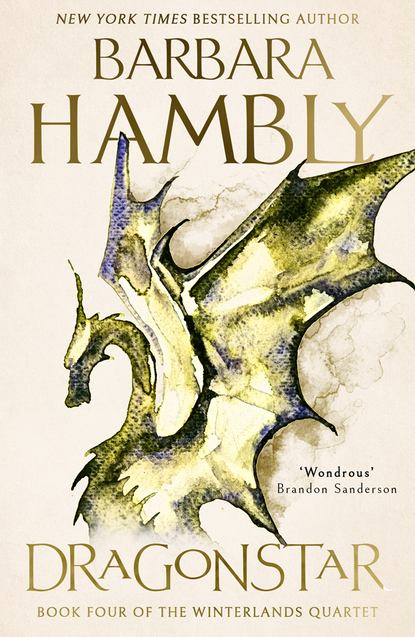 
“… seven hundred slaves here.” A gnome’s voice, deep and vaguely familiar. She thought it might be one of the guards who had shot her when she’d fallen into the pit-trap in the mine. He spoke in the tongue of the demons. “Folcalor will bring another two hundred at least.”

Two hundred? Jenny gasped, appalled. All through the North she had heard rumors for weeks of gnomes buying slaves. Not, as they ususally did, to work in the deeper levels of the mines, but paying good silver for children too young to work, cripples whose families wanted to be rid of their upkeep, grandparents who could no longer contribute to the harsh endless work of the Winterlands farms. The gnomes, as usual, denied these rumors as they denied all rumors of ever having human slaves. John had freed a band of them when he’d passed Tralchet Deep in the North—they’d warned him then of more sinister goings-on. The days were long gone when the King could send men into the mines to investigate—or do anything about whatever he might find.

But two hundred slaves? And seven hundred … where? In the Deep? The tunnels, Jenny knew, extended much farther north than most people knew, and there were entrances scattered through the great jagged mountain range of Nast Wall. With the Realm’s northern province of Imperteng in rebellion against the King all last summer, it would have been easy, of course, to bring in any number of such slaves. But seven hundred …?

How would they even move them unseen?

Morkeleb, she thought. He would know how far the tunnels of the Deep extended to the north; Morkeleb or Miss Mab. The dragon had gone to the surface, to lie on the black rocks far above the tree line, scrying the wind. Would he take note of a coffle that large coming out of the Wyrwoods? Or a succession of such trains? Or would he consider it not a thing of dragons, to care whether gnomes enslaved humans or not?

“And no luck with the dragon?” A man’s voice this time. Again, the timbre was familiar, as if Jenny had heard it before, speaking human words. The gnome must have shaken his head, because the man added a curse. “Unless we find the dragon, we’re wasting our time. All this …” By the flex in his voice Jenny knew he gestured to something—what? “… won’t give us a toad’s spit without her secret name. And you know Folcalor won’t listen if we say we can’t find him.”

“We’ll find him. Stinkin’ snake. Even if we don’t, those’ll give us power to find the catch-bottle that old Arch-Seer made.”

Those what? Surely if they’d blasted a tunnel to trap Morkeleb, they’d have known he escaped …

“What, in Ernine? With her power over all that land?”

Catch-bottle? The phrase was an old one, a spell Jenny had only heard of in the lore handed down by the Line of Herne. Since Caerdinn hadn’t been clear himself what it meant or how it worked—his master Spaeth having left the North with the last troops of the King’s last garrison—Jenny didn’t know, either.

“Her power can only reach so far. We know the bottle was lost when the mages went into the mirror-chamber. For certain she was never trapped in it, the bitch. So all we have to do is find it. How far can it have rolled?”

The man’s voice cursed again. “I’m not going after it, I can tell you …”

“Folcalor will go, and you’ll go with him or I’ll know why. With these here and the ones he’ll bring, that should give him the power to see through whatever blinds she can weave.”

These what? Jenny’s mind groped, and she wondered if she’d missed something in the shifting echoes, and the voices faded as the speakers moved away.

Jenny sat up, straining to follow the voices, but only the whisper of air moving in the vent shafts met her ears, and the cluck of subterranean streams.

Another two hundred slaves … seven hundred HERE. Here in the mines? Obviously in concealment with the collusion of one or several of the Lords of the Deep, but … seven hundred?

Those will give us power …

Shakily, Jenny pulled on her skirt and her boots. To get to her feet she had to lean on the curve of the wall. The hip she’d twisted when she fell in the pit-trap twinged hard, making her stagger, but that, too, was already responding to the spells of healing Mab and Morkeleb had laid. Mab had brought a staff so that Jenny could limp as far as the latrine-bucket. Its tip was muffled in leather. Jenny groped it from beside her nest of blankets and hothwais, and stood.

Those will give us power.

She listened in the darkness again but heard nothing. Not breath, not the murmur of voices, not weeping, not curses, not cries. Wherever the seven hundred slaves were, it was nowhere near where the two demons had been. So what were “those”?

From beneath the blankets she dug the little chip of hothwais Mab had left for light, and wrapped the cold-glowing stone in the folds of her overskirt, two and three thicknesses deep. So piercing was its light that by unwrapping a fold or two she could keep a muffled glow, like the faintest starlight, just enough and only enough to see.

I was once able to see in darkness, she thought. I should be keener-eyed now in dim light, even if not nightsighted as once I was. She focused her mind on calling that power to herself, calling it out of herself, and wrapped another fold of skirt around the stone. Then she slipped out of the chamber past the layers of straw mat, listening along the corridors for the direction in which she’d heard the voices.

It wasn’t far. In the long hours of silence and listening, she’d heard voices coming from that direction before. This was a section of the mines that had been worked out, short tunnels cut like the legs of a centipede off the long main lode. Jenny worked her way carefully from tunnel to tunnel in the darkness, listening and scenting. Even the most silent of slaves must sweat and breathe and piss. The smells of the mine were thin and cold around her, wet rock and clay and the old wood of the props. The sulfurous drift of blasting powder. Now and then the breath of the vent-shafts brushed her face, or riffled the silky black-silver stubble of her hair. She neither heard nor smelled demons, but wrapped another fold of her skirt over the hothwais nonetheless, fearing even the farthest glimmer of light that might alert them—or the mine-guards—to her presence.

How could they POSSIBLY have seven hundred slaves here? Bring them here, feed them, keep them silent …?

And the next instant sensed the presence of others around her, other souls, other thoughts. It was as if she’d walked suddenly into an immense crowd, silently watching. But the thin stream of air along the walls had not altered. The echo of walls close on either side of her was unchanged.

No sound of breathing. No scent of sweat. Only the echo of weeping in her mind, the broken clamor of terror and grief and pain.

Utterly silent in the dark.

No smell of demons, either, nor the whisper of claws on rocks. Nothing of the faint shivering chime that their glass shells made when they scraped against stone. Cold air eddied out of the denser darkness of a tunnel mouth, and Jenny made note of her directions, counting right and left by notching the side of the staff with her knife. She slipped around the corner and advanced into the almost absolute dark.

People. The tunnel was filled with people. She knew it. Impossible, she could touch the walls with her hands! Yet she sensed people all around her, felt their presence. But not a whisper did she hear, not a sound. And no smell save that of damp baskets, of clay pots.

Fearing yet to risk more light, she strained her eyes, shifting the focus of them as once she’d learned to as a mage. The tunnel took another turning, and opened into a little chamber of the kind to which Mab and Morkeleb had carried her, a sort of catacomb whose ceiling made her stoop. The movement of the air there spoke of a small space, not a large one.

A few pots and baskets stood against the wall.

And that was all.

Kneeling, Jenny went to the nearest basket and removed its lid.

It was full of jewels.

Jenny blinked. A dream-vision came back to her … when? At the Hold? In the night-camp in the Snakewater Marshes, when she and Morkeleb were on their way here? It had been a dream of Folcalor, whom she’d recognized through Amayon’s memories of the demon rebel: Folcalor dipping his hand into a dish of jewels. A gnome’s hand, she recalled, powerful, the short fingers adorned with huge rings, slabs of opal and turquoise. She saw again how those stubby knotted fingers had stirred and rubbed the jewels, savoring them. This vision had made no sense to her when she’d had it: Folcalor had imprisoned the minds and souls of the mages he’d enslaved in jewels, Jenny’s mind and soul among them, but in her vision there were far, far too many jewels for that.

There hadn’t been that many mages born in all of time.

She crawled a little farther and opened the next basket. It, too, was full of gems. Rough-cut crystals, glittering coldly in the darkness.

They mine gold in Ylferdun, she thought. Not gems. She scooped up two or three for a closer look.

And nearly dropped them in shock.

The souls were in the jewels.

Not mages’ souls. She would have felt the magic there, the minds still clear and thinking and aware. But souls nonetheless. Weeping, some of them, as she had wept in her prison. Calling out to their husbands, or wives, or children, or parents, or friends, as she had called John’s name in despair.