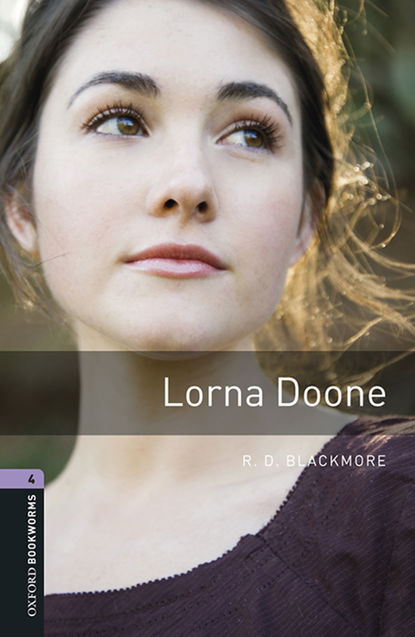 One winter’s day in 1673 young John Ridd is riding home from school, across the wild lonely hills of Exmoor. He has to pass Doone valley – a dangerous place, as the Doones are famous robbers and murderers. All Exmoor lives in fear of the Doones.

At home there is sad news waiting for young John, and he learns that he has good reason to hate the Doones. But in the years to come he meets Lorna Doone, with her lovely smile and big dark eyes. And soon he is deeply, hopelessly, in love…

The Doones are hated and feared all over Exmoor. When they ride out from Doone valley to steal and rob from the local farms, no one can stop them. They are wild, strong men, and anyone who tries to fight them will soon be murdered. Like John Ridd’s father, shot down while riding home from market. And in these lawless days only the King’s soldiers can punish the Doones, but the King is far away in London and has troubles of his own.

As John grows up, he works hard on the farm and dreams of revenge for his father’s death. But one day he meets Lorna Doone. She is the girl of his dreams – gentle, beautiful, loving – and John loses his heart to her.

But how can he marry a girl from the hated Doone family? And then there is Carver Doone, the most evil and dangerous of all the Doones, who plans to marry Lorna himself …

Oxford University Press is a department of the University of Oxford. It furthers the University’s objective of excellence in research, scholarship, and education by publishing worldwide in

All rights reserved. No part of this publication may be reproduced, stored in a retrieval system, or transmitted, in any form or by any means, without the prior permission in writing of Oxford University Press, or as expressly permitted by law, or under terms agreed with the appropriate reprographics rights organization. Enquiries concerning reproduction outside the scope of the above should be sent to the ELT Rights Department, Oxford University Press, at the address above

The end of school days

I am John Ridd, a farmer of the village of Oare in Somerset, and I have a story to tell you. It is about some things that happened to me in my younger days.

On the 29th November 1673, when I was twelve years old, John Fry, a worker from our family’s farm, came to collect me from my school at Tiverton. He rode his horse up to the gate, leading my own little horse behind him. He was two weeks early, so I knew something was wrong.

‘What are you doing here, John?’ I asked him. ‘It’s not the holidays yet.’

He would not look at me. ‘Oh, I know that, young Master Ridd. But your mother has saved the best apples, and cooked some wonderful cakes – all for you.’

‘And Father? How is Father?’ I said. It was usually Father who came to collect me, and it was strange that John Fry hadn’t said anything about him.

‘Oh, he’s very busy on the farm just now,’ he said. But John wasn’t his usual self, and I knew this was a lie.

When I had packed my bags and said goodbye to my friends, I got on my horse and we started the journey home.

It was a long journey from Tiverton to Oare, and in places the road was very bad. John Fry still would not tell me why he had come to collect me, or answer my questions about Father. He looked unhappy about something, but I tried to hope for the best, as boys always do.

On the hill at the end of Dulverton town, we saw a big coach with six horses. In the front seat of the coach sat a foreign-looking woman, and next to her was a little dark-haired girl. I could see from the girl’s soft skin that she was from a rich family, and I felt too shy to look at her more than once. She didn’t look at me at all. Opposite them sat a very beautiful lady, in fashionable clothes, and next to her was a little boy, who was about two or three years old. The woman in the front, I thought, must be the servant of the family. I always remembered the family afterwards, because I had never seen people who were so grand, and so rich.

After Dulverton, the road got worse and worse, and soon we came into a very dangerous part of the country. This was Exmoor, a place of high, wild hills and deep valleys, and on Exmoor lived a family of robbers called the Doones. Everyone was afraid of them. They had robbed and murdered on Exmoor for many years, and had grown very strong. Now it was getting dark, and a fog was coming down. It was just the kind of night when the Doones would be out – and we were coming near to the path that they always used.

I wanted to ride fast, and cross the Doone path as quickly as possible, but John Fry knew better.

‘Go slowly and quietly,’ he said, ‘if you want to see your home again.’