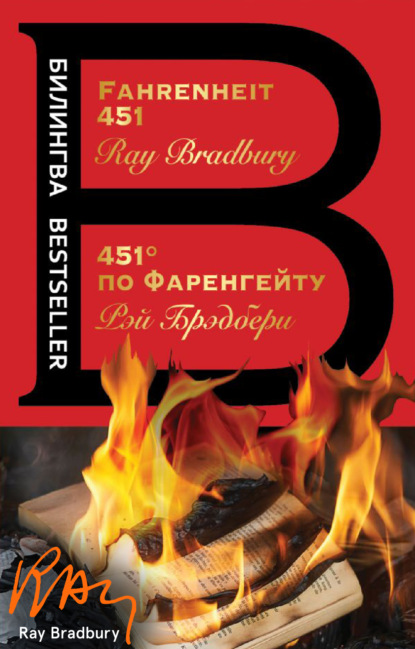 He felt at ease and comfortable.

“Why aren’t you in school? I see you every day wandering around.”

“Oh, they don’t miss me,” she said. “I’m anti-social, they say. I don’t mix. It’s so strange. I’m very social indeed. It all depends on what you mean by social, doesn’t it? Social to me means talking about things like this.” She rattled some chestnuts that had fallen off the tree in the front yard. “Or talking about how strange the world is. Being with people is nice. But I don’t think it’s social to get a bunch of people together and then not let them talk, do you? An hour of TV class, an hour of basketball or baseball or running, another hour of transcription history or painting pictures, and more sports, but do you know, we never ask questions, or at least most don’t; they just run the answers at you, bing, bing, bing, and us sitting there for four more hours of film-teacher. That’s not social to me at all. It’s a lot of funnels and a lot of water poured down the spout and out the bottom, and them telling us it’s wine when it’s not. They run us so ragged by the end of the day we can’t do anything but go to bed or head for a Fun Park to bully people around, break windowpanes in the Window Smasher place or wreck cars in the Car Wrecker place with the big steel ball. Or go out in the cars and race on the streets, trying to see how close you can get to lamp-posts, playing ‘chicken’ and ‘knock hub-caps.’ I guess I’m everything they say I am, all right. I haven’t any friends. That’s supposed to prove I’m abnormal. But everyone I know is either shouting or dancing around like wild or beating up one another. Do you notice how people hurt each other nowadays?”

“You sound so very old.”

“Sometimes I’m ancient. I’m afraid of children my own age. They kill each other. Did it always used to be that way? My uncle says no. Six of my friends have been shot in the last year alone. Ten of them died in car wrecks. I’m afraid of them and they don’t like me because I’m afraid. My uncle says his grandfather remembered when children didn’t kill each other. But that was a long time ago when they had things different. They believed in responsibility, my uncle says. Do you know, I’m responsible. I was spanked when I needed it, years ago. And I do all the shopping and house-cleaning by hand.

“But most of all,” she said, “I like to watch people. Sometimes I ride the subway all day and look at them and listen to them. I just want to figure out who they are and what they want and where they’re going. Sometimes I even go to the Fun Parks and ride in the jet cars when they race on the edge of town at midnight and the police don’t care as long as they’re insured. As long as everyone has ten thousand insurance everyone’s happy. Sometimes I sneak around and listen in subways. Or I listen at soda fountains, and do you know what?”

“People don’t talk about anything.”

“No, not anything. They name a lot of cars or clothes or swimming-pools mostly and say how swell! But they all say the same things and nobody says anything different from anyone else. And most of the time in the cafes they have the jokeboxes on and the same jokes most of the time, or the musical wall lit and all the coloured patterns running up and down, but it’s only colour and all abstract. And at the museums, have you ever been? All abstract. That’s all there is now. My uncle says it was different once. A long time back sometimes pictures said things or even showed people.”

“Montag, you shin that pole like a bird up a tree.”

“Montag, I see you came in the back door this time. The Hound bother you?”

“Montag, a funny thing. Heard tell this morning. Fireman in Seattle, purposely set a Mechanical Hound to his own chemical complex and let it loose. What kind of suicide would you call that?”

And then, Clarisse was gone. He didn’t know what there was about the afternoon, but it was not seeing her somewhere in the world. The lawn was empty, the trees empty, the street empty, and while at first he did not even know he missed her or was even looking for her, the fact was that by the time he reached the subway, there were vague stirrings of unease in him. Something was the matter, his routine had been disturbed. A simple routine, true, established in a short few days, and yet…? He almost turned back to make the walk again, to give her time to appear. He was certain if he tried the same route, everything would work out fine. But it was late, and the arrival of his train put a stop to his plan.

The flutter of cards, motion of hands, of eyelids, the drone of the time-voice in the firehouse ceiling “…one thirty-five. Thursday morning, November 4th,… one thirty-six… one thirty-seven a. m…” The tick of the playing-cards on the greasy table-top, all the sounds came to Montag, behind his closed eyes, behind the barrier he had momentarily erected. He could feel the firehouse full of glitter and shine and silence, of brass colours, the colours of coins, of gold, of silver: The unseen men across the table were sighing on their cards, waiting.

“…one forty-five…” The voice-clock mourned out the cold hour of a cold morning of a still colder year.

A radio hummed somewhere. “…war may be declared any hour. This country stands ready to defend its…”

The firehouse trembled as a great flight of jet planes whistled a single note across the black morning sky.

Montag blinked. Beatty was looking at him as if he were a museum statue. At any moment, Beatty might rise and walk about him, touching, exploring his guilt and self-consciousness. Guilt? What guilt was that?

Montag looked at these men whose faces were sunburnt by a thousand real and ten thousand imaginary fires, whose work flushed their cheeks and fevered their eyes. These men who looked steadily into their platinum igniter flames as they lit their eternally burning black pipes. They and their charcoal hair and soot-coloured brows and bluish-ash-smeared cheeks where they had shaven close; but their heritage showed. Montag started up, his mouth opened. Had he ever seen a fireman that didn’t have black hair, black brows, a fiery face, and a blue-steel shaved but unshaved look? These men were all mirror-images of himself! Were all firemen picked then for their looks as well as their proclivities? The colour of cinders and ash about them, and the continual smell of burning from their pipes. Captain Beatty there, rising in thunderheads of tobacco smoke. Beatty opening a fresh tobacco packet, crumpling the cellophane into a sound of fire.

Montag looked at the cards in his own hands. “I-I’ve been thinking. About the fire last week. About the man whose library we fixed. What happened to him?”

“They took him screaming off to the asylum.”

“Any man’s insane who thinks he can fool the Government and us.”

“I’ve tried to imagine,” said Montag, “just how it would feel. I mean to have firemen burn our houses and our books.”

“No.” Montag gazed beyond them to the wall with the typed lists of a million forbidden books. Their names leapt in fire, burning down the years under his axe and his hose which sprayed not water but kerosene. “No.” But in his mind, a cool wind started up and blew out of the ventilator grille at home, softly, softly, chilling his face. And, again, he saw himself in a green park talking to an old man, a very old man, and the wind from the park was cold, too.

“Was-was it always like this? The firehouse, our work? I mean, well, once upon a time…”

“Once upon a time!” Beatty said. “What kind of talk is THAT?”

Fool, thought Montag to himself, you’ll give it away. At the last fire, a book of fairy tales, he’d glanced at a single line. “I mean,” he said, “in the old days, before homes were completely fireproofed” Suddenly it seemed a much younger voice was speaking for him. He opened his mouth and it was Clarisse McClellan saying, “Didn’t firemen prevent fires rather than stoke them up and get them going?”

“That’s rich!” Stoneman and Black drew forth their rulebooks, which also contained brief histories of the Firemen of America, and laid them out where Montag, though long familiar with them, might read: